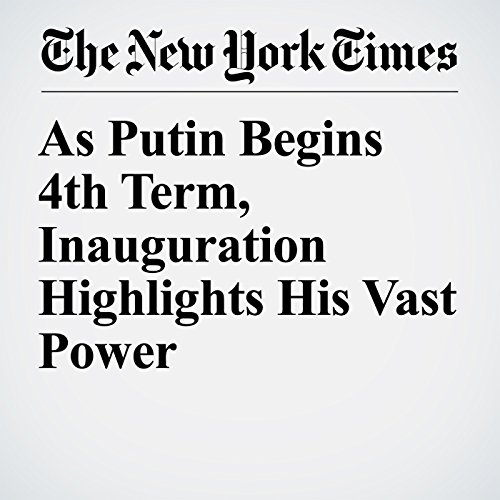 MOSCOW — Vladimir Putin took the oath of office Monday for a fourth term as Russia’s president, in a ceremony staged in a gilded Kremlin hall and replete with pageantry that highlighted his vast accumulation of authority after nearly two decades in power.

"As Putin Begins 4th Term, Inauguration Highlights His Vast Power" is from the May 07, 2018 World section of The New York Times. It was written by Andrew E. Kramer and narrated by Kristi Burns.