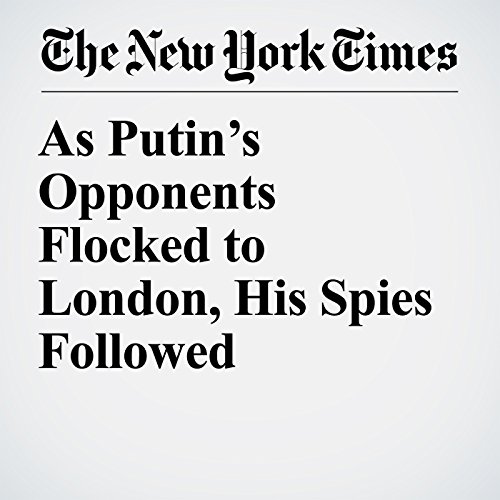 In 2014, Russian opposition figure Vladimir L. Ashurkov fled Moscow for London, and breathed a sigh of relief. After months of being followed by the Kremlin’s intelligence agents to every meeting, culminating in a televised raid of his apartment, he finally let his guard down, disappearing into the elegant, polyglot streets of Kensington.

"As Putin’s Opponents Flocked to London, His Spies Followed" is from the March 13, 2018 World section of The New York Times. It was written by Ellen Barry and narrated by Fleet Cooper.