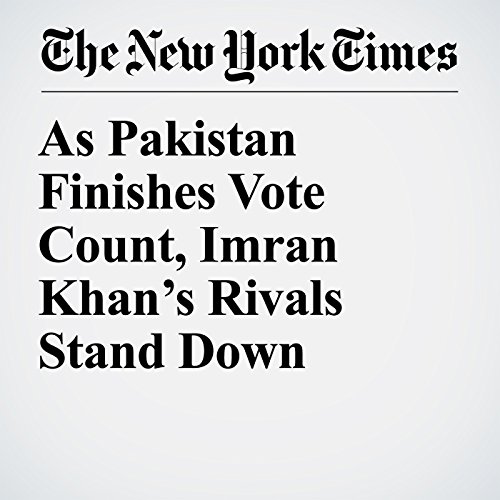 LAHORE, Pakistan — As Pakistan neared the end of a long and contentious vote-counting process Friday, political rivals of Imran Khan, the leader of the winning party, began to grudgingly accept that he would become Pakistan’s next prime minister.

"As Pakistan Finishes Vote Count, Imran Khan’s Rivals Stand Down" is from the July 27, 2018 World section of The New York Times. It was written by Jeffrey Gettleman and narrated by Barbara Benjamin-Creel.