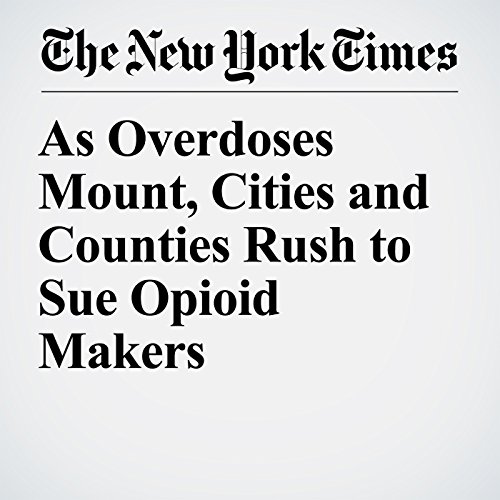 Citing a spike in overdose deaths, growing demands for drug treatment and a strained budget, officials here in Summit County filed a lawsuit late Wednesday against companies that make or distribute prescription opioids. On Monday, Smith County in Tennessee did the same. And on Tuesday, nine cities and counties in Michigan announced similar suits.

"As Overdoses Mount, Cities and Counties Rush to Sue Opioid Makers" is from the December 21, 2017 U.S. section of The New York Times. It was written by Mitch Smith and Monica Davey and narrated by Kristi Burns.