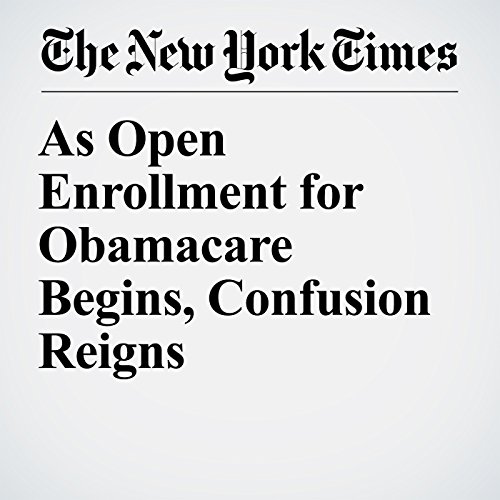 David Branch knew that his job, helping people sign up for Obamacare, would be harder this year. But Branch didn’t fully realize the scope of his challenge until a group that he approached with his flyers insisted that the Affordable Care Act had been repealed.

"As Open Enrollment for Obamacare Begins, Confusion Reigns" is from the October 31, 2017 U.S. section of The New York Times. It was written by Abby Goodnough and Robert Pear and narrated by Keith Sellon-Wright.