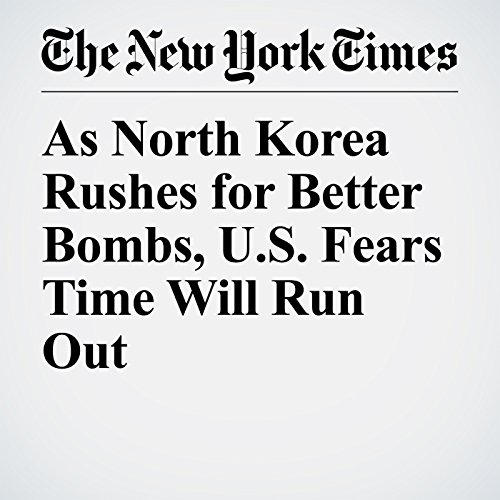 Behind the Trump administration’s sudden urgency in dealing with the North Korean nuclear crisis lies a stark calculus: a growing body of expert studies and classified intelligence reports that conclude the country is capable of producing a nuclear bomb every six or seven weeks.

"As North Korea Rushes for Better Bombs, U.S. Fears Time Will Run Out" is from the April 24, 2017 World section of The New York Times. It was written by David E. Sanger and William J. Broad and narrated by Keith Sellon-Wright.