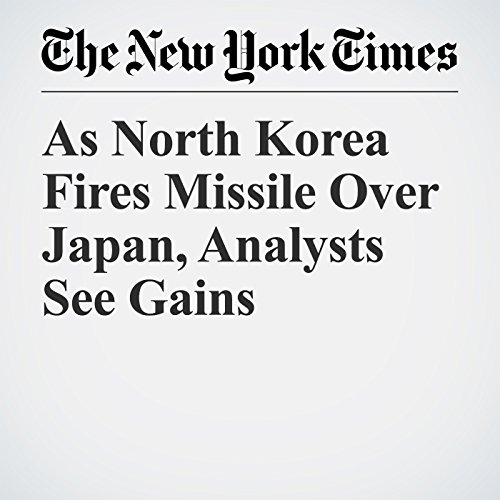 North Korea’s leader, Kim Jong In, has authorized more than 80 missile tests since taking power almost six years ago. But all of those missiles landed in nearby waters because they were of limited range or fired at a sharp angle, high into space, so they would splash down without going too far.

"As North Korea Fires Missile Over Japan, Analysts See Gains" is from the August 29, 2017 World section of The New York Times. It was written by Choe Sang Hun and narrated by Keith Sellon-Wright.