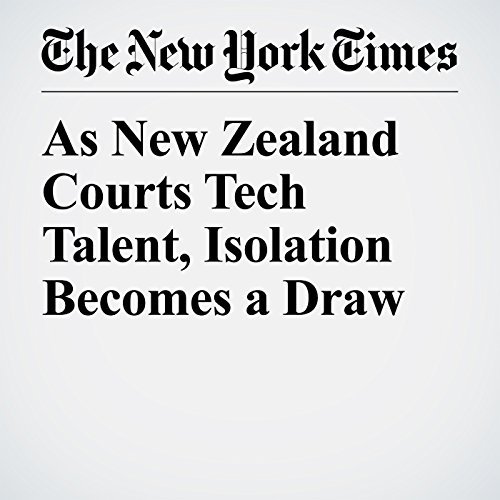 New Zealand has long wanted to be a tech hub, but distance was an issue. Now, at a moment of political upheaval around the globe, that isolation has become a selling point.

"As New Zealand Courts Tech Talent, Isolation Becomes a Draw" is from the April 13, 2017 Business section of The New York Times. It was written by Jacqueline Williams and David Streitfeld and narrated by Caroline Miller.