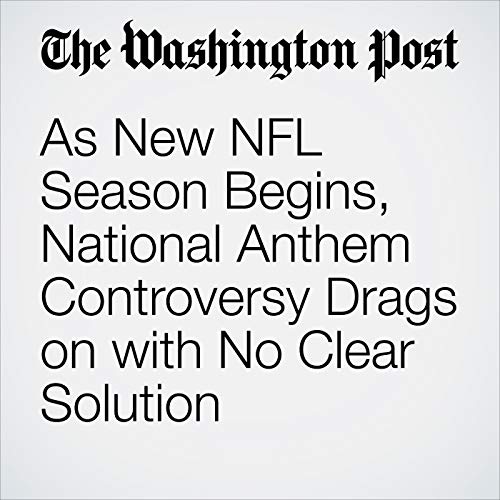 In May, the owners of the NFL’s teams were gathered at a hotel in the Buckhead district of Atlanta. As a high-ranking official from one franchise made his way to a coffee break before the meetings began, he wondered what the group would do that week about the national anthem dilemma that had so vexed the league since President Trump inflamed a national controversy last fall about players’ protests during the anthem.

"As New NFL Season Begins, National Anthem Controversy Drags on with No Clear Solution" is from the September 03, 2018 Sports section of The Washington Post. It was written by Mark Maske and narrated by Sam Scholl.