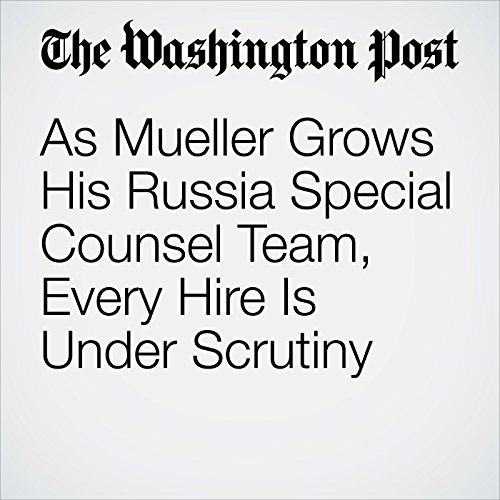 Robert S. Mueller III was greeted with near universal praise when he was appointed to lead the investigation into possible coordination between the Trump campaign and Russia during the 2016 election, but as he builds his special counsel team, his every hire is under scrutiny.

"As Mueller Grows His Russia Special Counsel Team, Every Hire Is Under Scrutiny" is from the July 05, 2017 National section of The Washington Post. It was written by Matt Zapotosky and narrated by Sam Scholl.