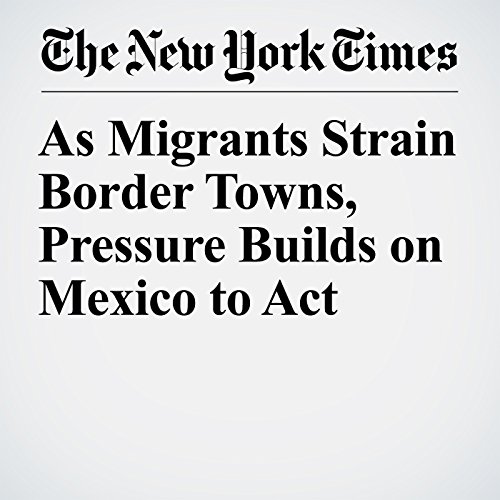 So many Haitian migrants, traveling across the Americas, began arriving here last year with hopes of crossing into the U.S. that churches, community halls, after-school programs, rehabilitation centers and private citizens have opened their doors to house, feed and clothe them.

"As Migrants Strain Border Towns, Pressure Builds on Mexico to Act" is from the January 27, 2017 World section of The New York Times. It was written by Kirk Semple and narrated by Barbara Benjamin-Creel.