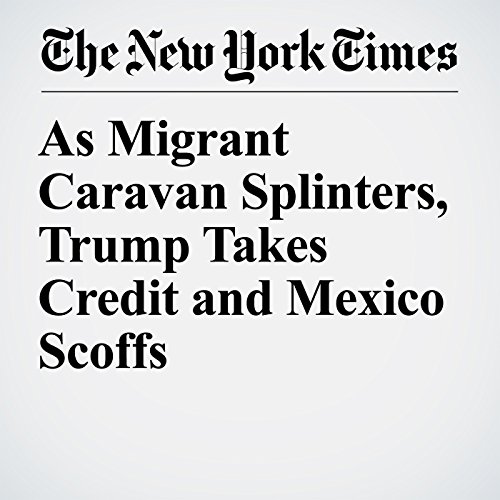 MATÍAS ROMERO, Mexico — The caravan of Central American migrants that President Donald Trump has portrayed as an emblem of flawed immigration policy in the United States began to splinter on Thursday, as hundreds of people departed this rural town aboard buses and on foot, abandoning the decrepit municipal sports complex where their journey had stalled for five nights.

"As Migrant Caravan Splinters, Trump Takes Credit and Mexico Scoffs" is from the April 06, 2018 World section of The New York Times. It was written by Kirk Semple and narrated by Barbara Benjamin-Creel.