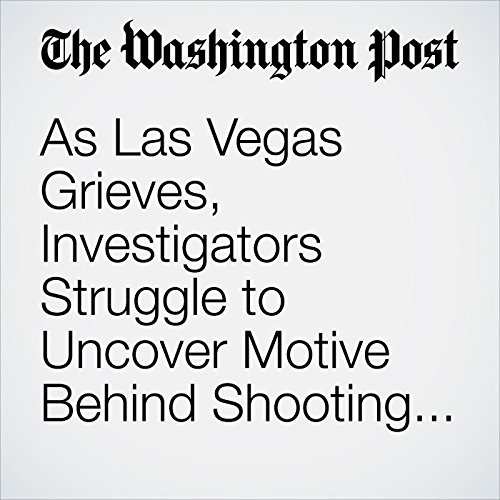 Investigators struggled Tuesday with a chilling but baffling array of clues in the wake of the deadliest mass shooting in modern American history — including a hotel room arsenal fit for a commando team — yet were still left trying to explain the chain of events that caused a 64-year-old retiree to turn a concert ground here into a killing field.

"As Las Vegas Grieves, Investigators Struggle to Uncover Motive Behind Shooting Rampage" is from the October 03, 2017 National section of The Washington Post. It was written by Tim Craig, Mark Berman and Matt Zapotosky and narrated by Sam Scholl.