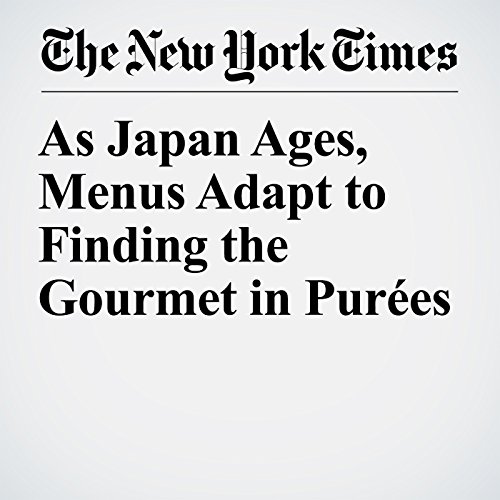 Japan has the world’s highest proportion of people 65 and older, at more than one-quarter of its population. The country is a global leader in adapting to the needs of an aging citizenry, with racks of reading glasses at bank counters and walking-cane holders in city offices.

"As Japan Ages, Menus Adapt to Finding the Gourmet in Purées" is from the February 12, 2017 World section of The New York Times. It was written by Motoko Rich and narrated by Caroline Miller.