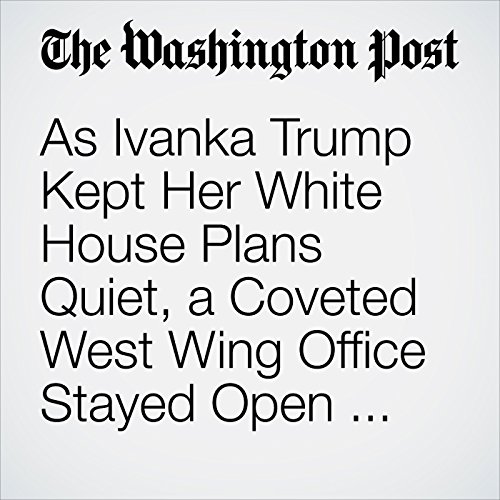 The administration reserved the space, a senior official said, in case the first daughter decided to carve out a niche there. Trump didn’t regularly use the office until this week, the White House said, though she occasionally popped up in government meetings with her father and other world leaders, including Canadian Prime Minister Justin Trudeau and German Chancellor Angela Merkel.

"As Ivanka Trump Kept Her White House Plans Quiet, a Coveted West Wing Office Stayed Open for Her" is from the March 23, 2017 Politics section of The Washington Post. It was written by Danielle Paquette and narrated by Jenny Hoops.