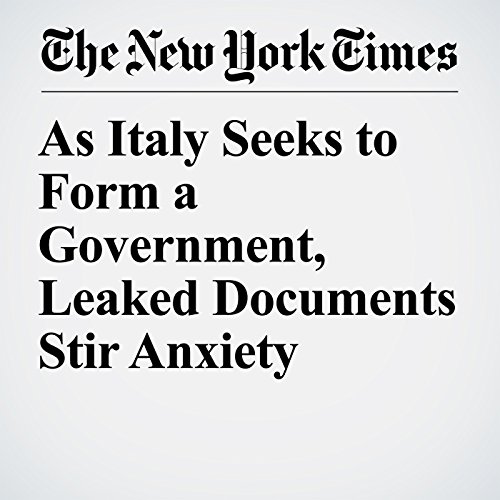 ROME — Talks between two anti-establishment parties to form a new Italian government seemed to be regaining momentum Wednesday, even as financial markets were spooked by leaked documents that suggested the two sides shared a desire to radically change Italy’s relationship with the European Union.

"As Italy Seeks to Form a Government, Leaked Documents Stir Anxiety" is from the May 16, 2018 World section of The New York Times. It was written by Jason Horowitz and narrated by Kristi Burns.