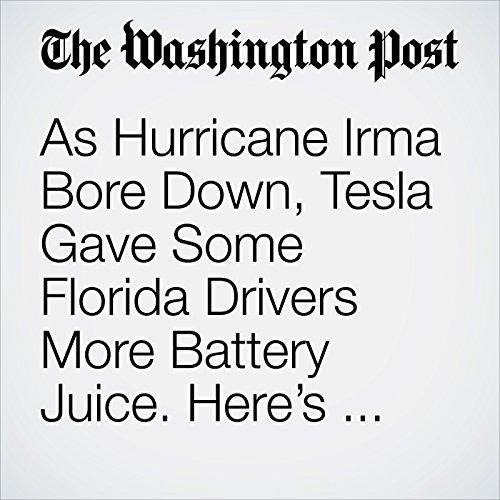 On Saturday, Tesla began pushing a software update that increased the battery capacity of some Model S sedans and Model X SUVs. All the cars that received the update belonged to those living in what emergency officials had identified as the evacuation area.

"As Hurricane Irma Bore Down, Tesla Gave Some Florida Drivers More Battery Juice. Here’s Why That’s a Big Deal." is from the September 11, 2017 Innovations section of The Washington Post. It was written by Brian Fung and narrated by Sam Scholl.