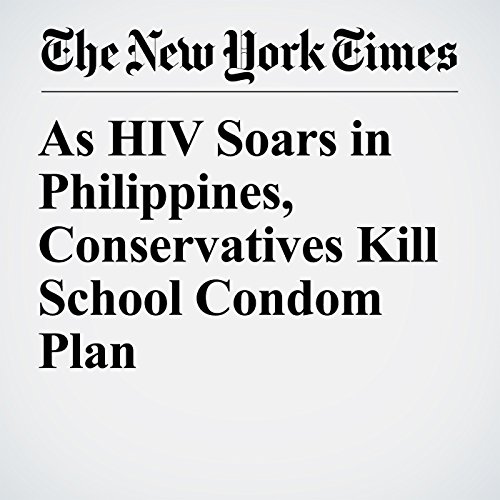 While the rate of new HIV infections has been falling across the Asia-Pacific region in recent years, in the Philippines it is soaring. The biggest increase is among gay or bisexual men under 25.

"As HIV Soars in Philippines, Conservatives Kill School Condom Plan" is from the February 28, 2017 World section of The New York Times. It was written by Aurora Almendral and narrated by Caroline Miller.