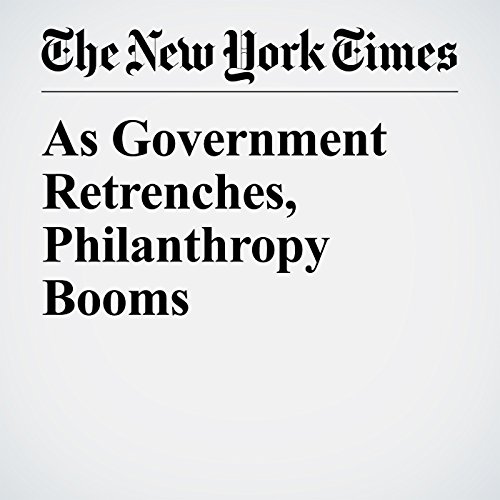 Last year, as Kalamazoo, Michigan, struggled with a budget deficit and other economic woes, two local philanthropists stepped forward, pledging $70 million to improve the city’s fortunes. Earlier in 2016, a group of foundations put up even more money to help another troubled Michigan city, Flint, recover from the contamination of its water supply. And a few years before that, foundations helped to rescue Detroit from bankruptcy.

"As Government Retrenches, Philanthropy Booms" is from the June 19, 2017 Opinion section of The New York Times. It was written by David Callahan and narrated by Kristi Burns.