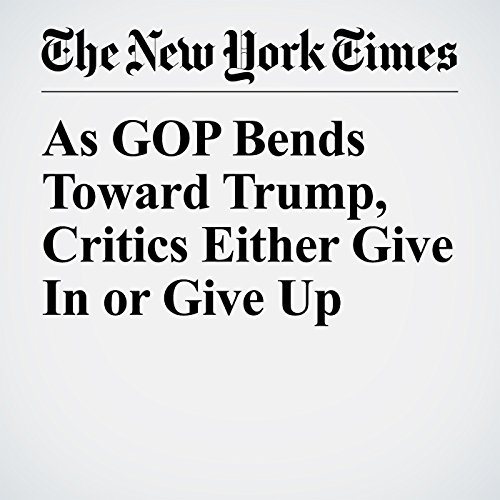 Despite the fervor of President Donald Trump’s Republican opponents, the president’s brand of hard-edge nationalism — with its gut-level cultural appeals and hard lines on trade and immigration — is taking root within his adopted party, and those uneasy with grievance politics are either giving in or giving up the fight.

"As GOP Bends Toward Trump, Critics Either Give In or Give Up" is from the October 25, 2017 U.S. section of The New York Times. It was written by Jonathan Martin and Jeremy W. Peters and narrated by Keith Sellon-Wright.

Cosa pensano gli ascoltatori di As GOP Bends Toward Trump, Critics Either Give In or Give Up