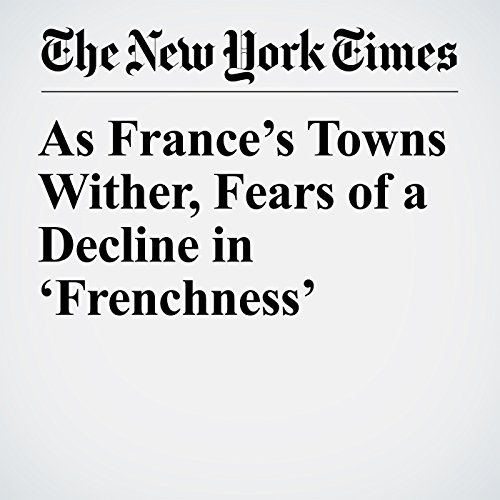 As these towns have declined, voters have often turned sharply rightward. Albi is traditionally centrist, but the same conditions of decline and political anxiety are present, too.

"As France’s Towns Wither, Fears of a Decline in ‘Frenchness’" is from the February 28, 2017 World section of The New York Times. It was written by Adam Nossiter and narrated by Kristi Burns.