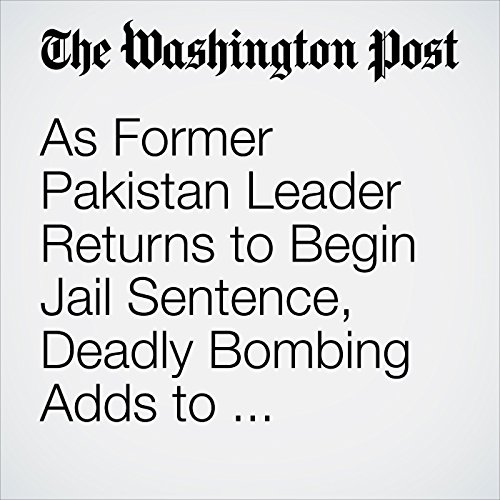 "As Former Pakistan Leader Returns to Begin Jail Sentence, Deadly Bombing Adds to ‘Atmosphere of Fear’" is from the July 13, 2018 World section of The Washington Post. It was written by Shaiq Hussein and Antonio Olivo and narrated by Jenny Hoops.