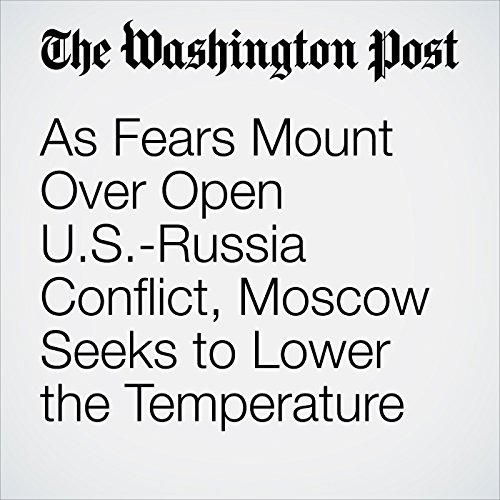 MOSCOW — Russian officials sought Thursday to tamp down public fears of a looming conflict with the United States, even as Syrian government forces took control of the town where they are suspected of carrying out a chemical attack last weekend.

"As Fears Mount Over Open U.S.-Russia Conflict, Moscow Seeks to Lower the Temperature" is from the April 12, 2018 World section of The Washington Post. It was written by Anton Troianovski and Louisa Loveluck and narrated by Sam Scholl.