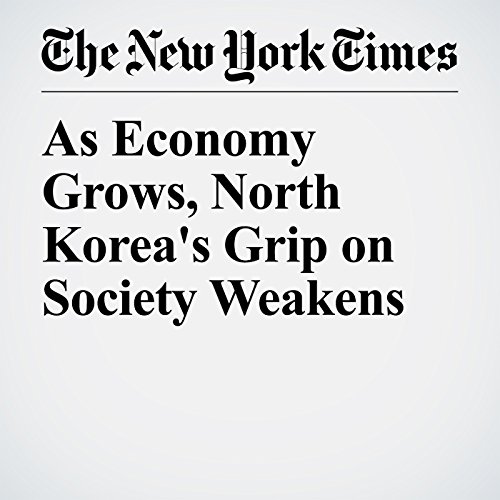 Scores of marketplaces have opened in cities across the country since the North Korean leader, Kim Jong Un, took power five years ago. A growing class of merchants and entrepreneurs is thriving under the protection of ruling party officials. Pyongyang, the capital, has seen a construction boom, and there are now enough cars on its once-empty streets for some residents to make a living washing them.

"As Economy Grows, North Korea's Grip on Society Weakens" is from the April 30, 2017 World section of The New York Times. It was written by Choe Sang Hun and narrated by Kristi Burns.