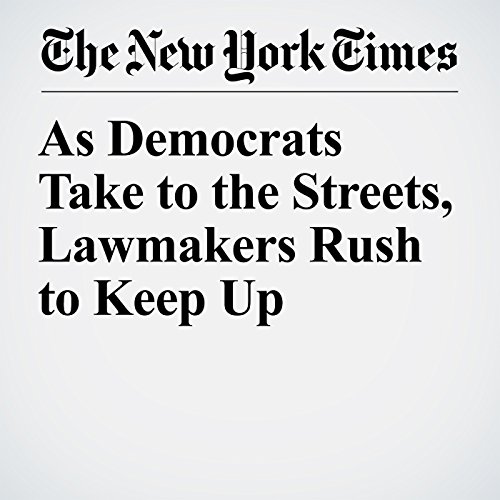 Legislators facing re-election next year, potential presidential candidates and would-be leaders of the party all scrambled this weekend to give voice to the fury over President Donald Trump’s executive order temporarily barring refugees and some other migrants from coming to the United States

"As Democrats Take to the Streets, Lawmakers Rush to Keep Up" is from the January 29, 2017 U.S. section of The New York Times. It was written by Jonathan Martin and narrated by Kristi Burns.

Cosa pensano gli ascoltatori di As Democrats Take to the Streets, Lawmakers Rush to Keep Up