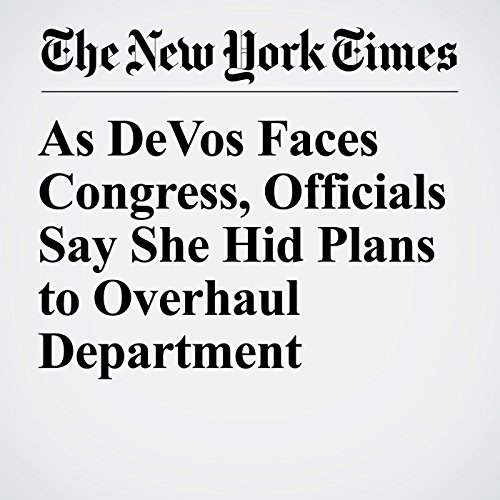 Education Secretary Betsy DeVos will go before a House panel Tuesday to defend her agency’s budget, including a sweeping overhaul of the Education Department that has strained relations within her agency and with Congress — and defies the White House’s budget office.

"As DeVos Faces Congress, Officials Say She Hid Plans to Overhaul Department" is from the March 20, 2018 U.S. section of The New York Times. It was written by Erica L. Green and narrated by Kristi Burns.