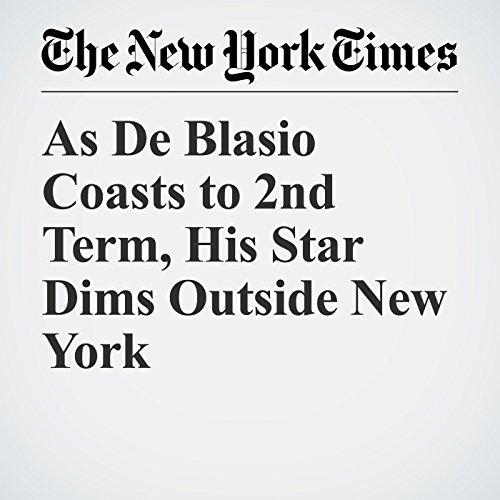 Mayor Bill de Blasio should be at the peak of his powers. Crime is down. The economy is up. He has scared away his most serious possible challengers this election year.

"As De Blasio Coasts to 2nd Term, His Star Dims Outside New York" is from the September 09, 2017 U.S. section of The New York Times. It was written by Shane Goldmacher and narrated by Keith Sellon-Wright.