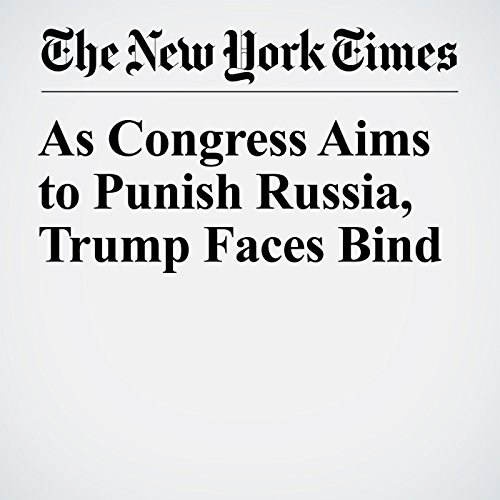 Congressional leaders have reached an agreement on sweeping sanctions legislation to punish Russia for its election meddling and aggression toward its neighbors, they said Saturday, defying the White House’s argument that President Donald Trump needs flexibility to adjust the sanctions to fit his diplomatic initiatives with Moscow.

"As Congress Aims to Punish Russia, Trump Faces Bind" is from the July 22, 2017 World section of The New York Times. It was written by Matt Flegenheimer and David E. Sanger and narrated by Keith Sellon-Wright.