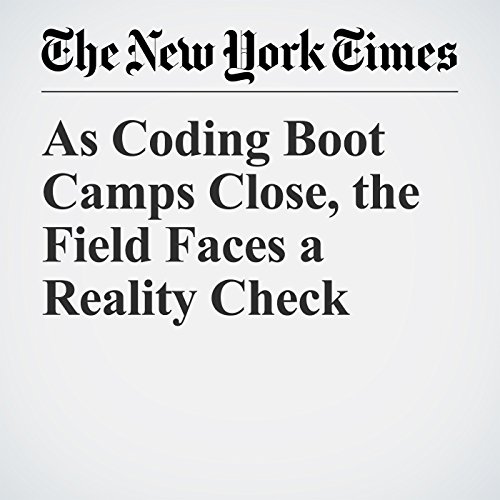 In the past five years, dozens of schools have popped up offering an unusual promise: Even humanities graduates can learn how to code in a few months and join the high-paying digital economy. Students and their hopeful parents shelled out as much as $26,000 seeking to jump-start a career.

"As Coding Boot Camps Close, the Field Faces a Reality Check" is from the August 24, 2017 Technology section of The New York Times. It was written by Steve Lohr and narrated by Barbara Benjamin-Creel.