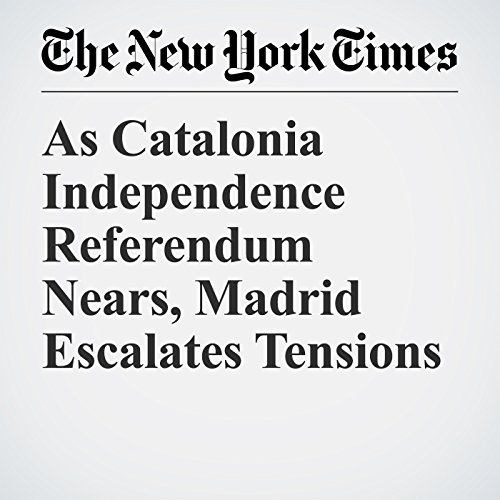 The Spanish police detained more than a dozen people in the region of Catalonia on Wednesday, drastically escalating tensions between the national government and Catalan separatists. The episode occurred less than two weeks before a highly contentious referendum on independence that the government in Madrid has vowed to block.

"As Catalonia Independence Referendum Nears, Madrid Escalates Tensions" is from the September 20, 2017 World section of The New York Times. It was written by Raphael Minder and narrated by Kristi Burns.