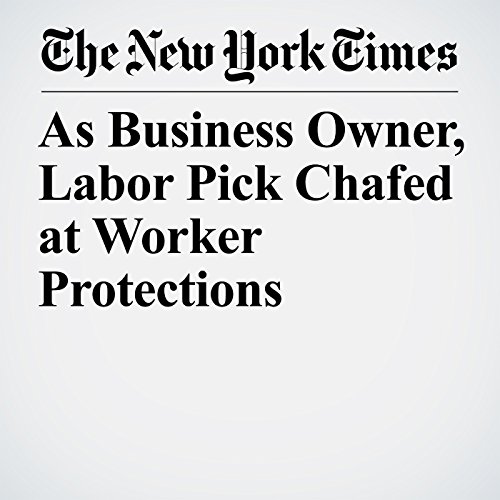 But Puzder became an outspoken critic of his adopted state because of its vigorous workplace regulations.

""As Business Owner, Labor Pick Chafed at Worker Protections"" is from the January 15, 2017 U.S. section of The New York Times. It was written by Jodi Kantor and Jennifer Medina and narrated by Caroline Miller.