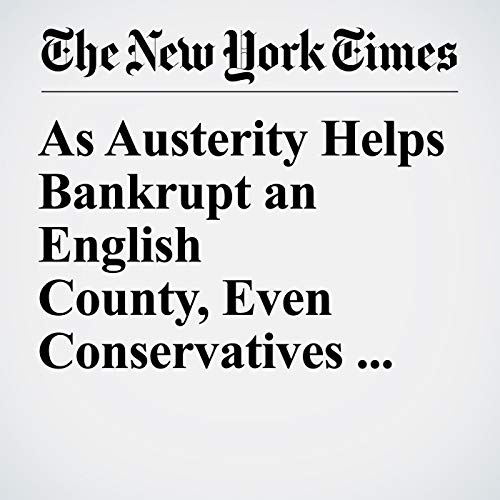 As Austerity Helps Bankrupt an English County, Even Conservatives Mutiny

NORTHAMPTON, England — It was a seething, stomping protest in this ordinarily genteel medieval town: Throngs of residents, whistling and booing, swarmed the county hall. “Criminals!” they shouted. They held up banners that read: “Tory councilors wanted for crimes against people in Northamptonshire.”

"As Austerity Helps Bankrupt an English County, Even Conservatives Mutiny" is from the August 17, 2018 World section of The New York Times. It was written by Kimiko De Freytas Tamura and narrated by Barbara Benjamin-Creel.