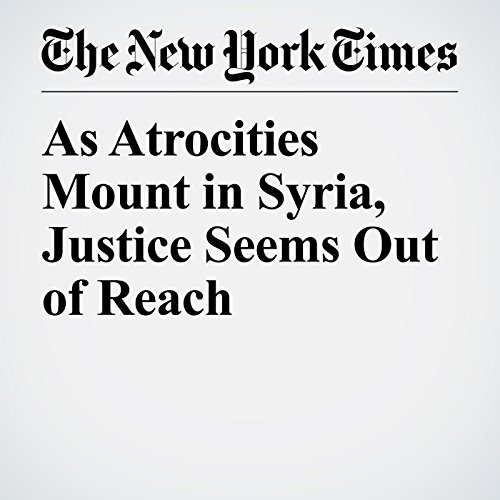 Three tons of captured Syrian government documents, providing a chilling and extensive catalog of the state’s war crimes, are held by a single organization in Europe. A Syrian police photographer fled with pictures of more than 6,000 dead at the hands of the state, many of them tortured. The smartphone alone has broken war’s barriers: Records of crimes are now so graphic, so immediate, so overwhelming.

Yet six years since the war began, this mountain of documentation — more perhaps than in any conflict before it — has brought little justice.

"As Atrocities Mount in Syria, Justice Seems Out of Reach" is from the April 15, 2017 World section of The New York Times. It was written by Anne Barnard, Ben Hubbard and Ian Fisher and narrated by .