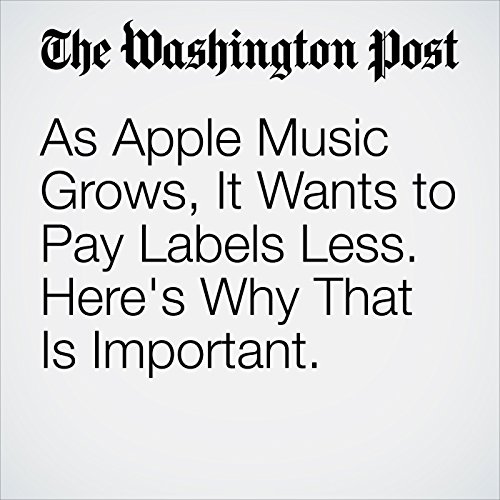 In the two years since its release, Apple Music has been gunning for Spotify's spot atop the music streaming world, playing the upstart as it rushes to occupy territory as an ambitious, new competitor.

"As Apple Music Grows, It Wants to Pay Labels Less. Here's Why That Is Important." is from the June 22, 2017 The Switch section of The Washington Post. It was written by Hamza Shaban  and narrated by Sam Scholl.