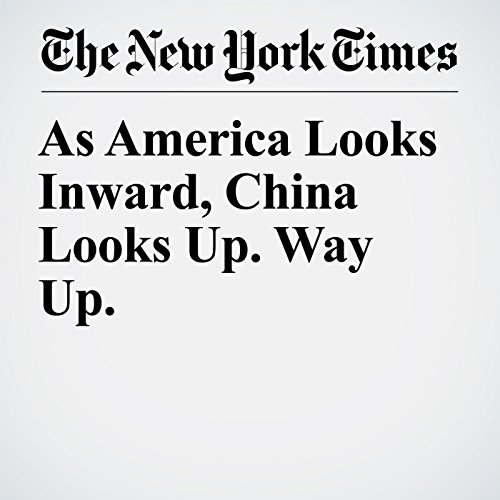 As America Looks Inward, China Looks Up. Way Up.

HONG KONG — While President Donald Trump refocuses U.S. industry on the earthbound technologies of the 20th century — coal, steel and aluminum — China is setting its sights on the far reaches of the solar system.

"As America Looks Inward, China Looks Up. Way Up." is from the May 23, 2018 U.S. section of The New York Times. It was written by Mike Ives and narrated by Kristi Burns.