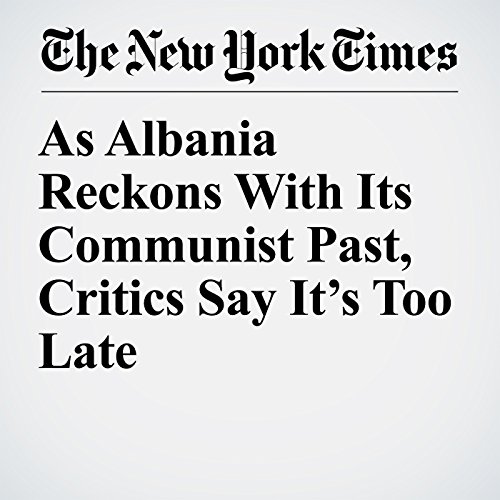 Some 6,000 Albanians were seized by the government or its agents during the communist era and never heard from again.

"As Albania Reckons With Its Communist Past, Critics Say It’s Too Late" is from the February 26, 2017 World section of The New York Times. It was written by Matthew Brunwasser and narrated by Fleet Cooper.