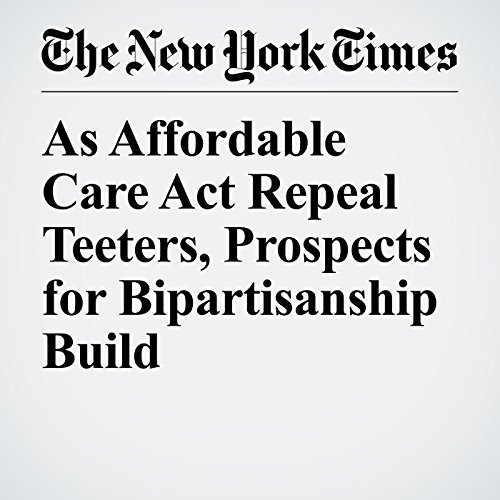 With his bill to repeal the Affordable Care Act in deep trouble, Sen. Mitch McConnell, the Senate majority leader, raised an alternate possibility Tuesday: Either Republicans come together or he would have to work with Democrats to shore up the deteriorating health law.

"As Affordable Care Act Repeal Teeters, Prospects for Bipartisanship Build" is from the June 29, 2017 U.S. section of The New York Times. It was written by Robert Pear and Thomas Kaplan and narrated by Kristi Burns.