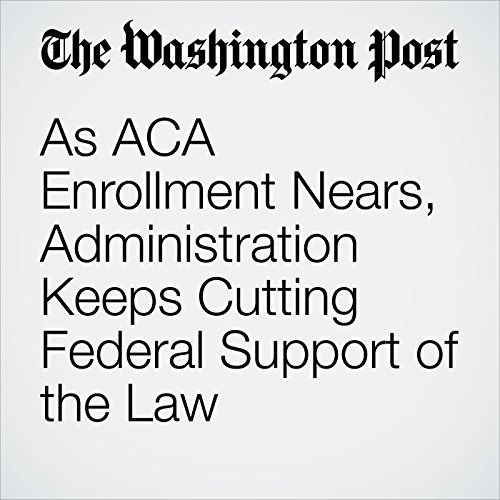 For months, officials in Republican-controlled Iowa had sought federal permission to revitalize their ailing health-insurance marketplace. Then President Trump read about the request in a newspaper story and called the federal director weighing the application.

"As ACA Enrollment Nears, Administration Keeps Cutting Federal Support of the Law" is from the October 05, 2017 Politics section of The Washington Post. It was written by Juliet Eilperin and narrated by Sam Scholl.