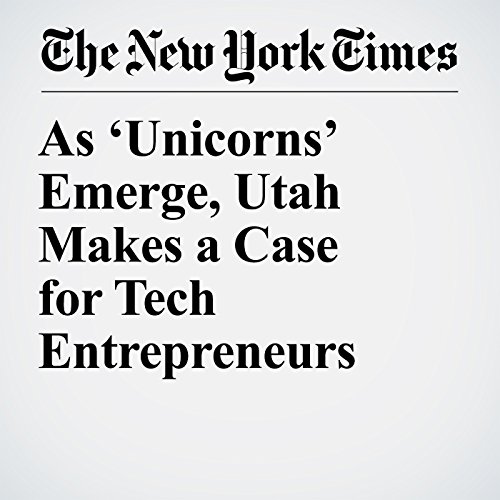 When Josh James traveled to the Bay Area in 2000, seeking funding for a web analytics company he had founded, he spoke at length with a venture capitalist about his plans for growth. The conversation was going well, James recently recalled, until the investor asked where he was based. “As soon as I told him I was from Utah, he literally, without saying a word, turned around and walked away.”

"As ‘Unicorns’ Emerge, Utah Makes a Case for Tech Entrepreneurs" is from the October 11, 2017 Business section of The New York Times. It was written by Ellen Rosen and narrated by Kristi Burns.