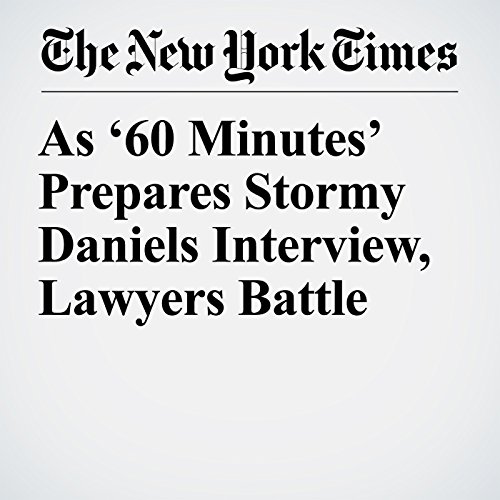 The CBS News program “60 Minutes” was moving forward with plans to show an interview it conducted last week with the pornographic film actress who says she had an affair with Donald Trump as her lawyer and a lawyer for the president traded public jabs through the weekend over her right to speak.

"As ‘60 Minutes’ Prepares Stormy Daniels Interview, Lawyers Battle" is from the March 11, 2018 Business section of The New York Times. It was written by Jim Rutenberg, Michael M. Grynbaum and narrated by Keith Sellon-Wright.