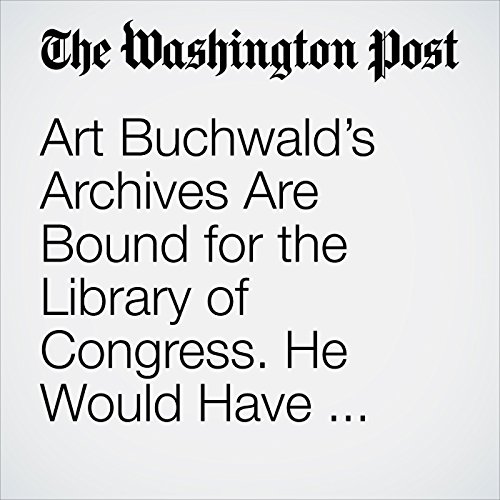 In the basement of the home in Northwest Washington where the legendary American humorist lived his final years with his son, daughter-in-law and grandchildren, the historians gathered a few standout items: a social worker’s character evaluation of Buchwald from his early years in foster care; a column he wrote about the war in Iraq, and inscribed to Colin Powell; a fan letter from John Steinbeck. They selected a screenplay, a book manuscript, and transcripts of speeches he’d given about the perils of drug addiction and the need to destigmatize mental illness.

"Art Buchwald’s Archives Are Bound for the Library of Congress. He Would Have Been Thrilled." is from the January 03, 2018 Lifestyle section of The Washington Post. It was written by Caitlin Gibson and narrated by Sam Scholl.

Cosa pensano gli ascoltatori di Art Buchwald’s Archives Are Bound for the Library of Congress. He Would Have Been Thrilled.