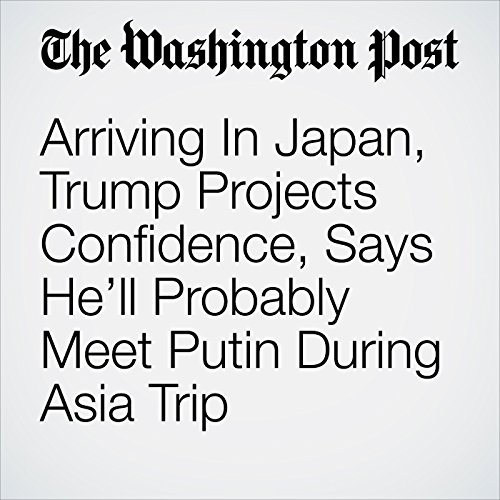 President Trump donned a military-style bomber jacket shortly after arriving Sunday in Japan and projected confidence that the United States will confront threats in Asia, telling hundreds of U.S. troops that they will have his administration's support “to fight, to overpower and to always, always, always win.”

"Arriving In Japan, Trump Projects Confidence, Says He’ll Probably Meet Putin During Asia Trip" is from the November 05, 2017 Politics section of The Washington Post. It was written by David Nakamura and Ashley Parker and narrated by Sam Scholl.