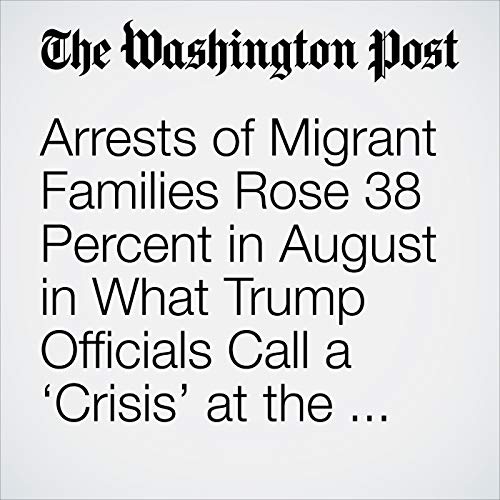 The number of migrant family members arrested for illegally entering the United States shot up 38 percent in August, according to statistics released Wednesday, a surge Homeland Security officials characterized as a “crisis.”

"Arrests of Migrant Families Rose 38 Percent in August in What Trump Officials Call a ‘Crisis’ at the Border" is from the September 12, 2018 National section of The Washington Post. It was written by Nick Miroff and narrated by Sam Scholl.