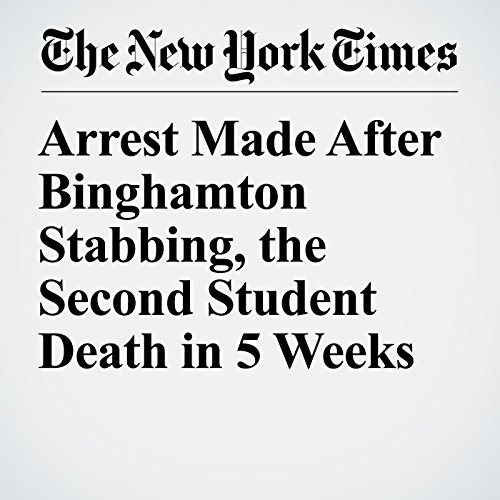 A suspect is in custody after a freshman was fatally stabbed at Binghamton University. It was the second killing of a student there in five weeks, leaving the campus tense and grieving.

"Arrest Made After Binghamton Stabbing, the Second Student Death in 5 Weeks" is from the April 16, 2018 U.S. section of The New York Times. It was written by Maggie Astor and narrated by Keith Sellon-Wright.