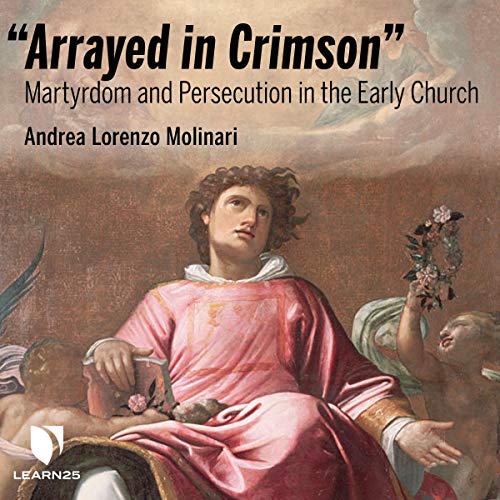 Are you prepared to die for your faith?

It is a difficult question and one that many Christians today are not forced to answer. However, there was a time when belief in Jesus Christ brought harsh torture and brutal execution.

It began with the crucifixion of the one they called "The King of the Jews". It marked the first of many collisions between Rome and those who confessed allegiance to Jesus of Nazareth.

This course tells the story of how and why Christians were persecuted by Imperial Rome. First, you will survey the basic historical and cultural issues that led to persecution as well as examine the diverse literature involved in studying this tumultuous period in the history of the Church. Why did Rome exert such hostile force against Christians? What exactly did the early Christian martyrs endure? Were men and women punished equally for their profession of faith?

You will examine the writings of Justin of Rome, Perpetua, and Cyprian of Carthage. These works not only hold beautiful accounts of faith, but provide incredible insight into the minds of those who would later give up their very lives in service to their Savior. More importantly still, you will encounter the people who testified to Imperial Rome that Christ Jesus was their Lord and reflect on the terrible price they were willing to pay for this commitment.

You will discover this vital part of Church history and understand how Christianity survived the attack of Imperial Rome. This 15-lecture series also conveys the enormous significance of these early years and the impact they had on the establishment of the Church. Prof. Andrea L. Molinari, PhD, will make you see what it means to sacrifice for what you know in your heart.