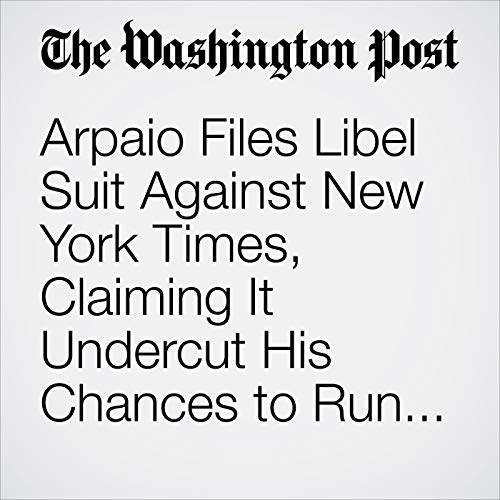 Joe Arpaio, the former Arizona sheriff who finished a distant third this year in a Republican Senate primary, filed a libel suit Tuesday night against the New York Times and a member of its editorial board, arguing that they had undercut his chances for another run.

"Arpaio Files Libel Suit Against New York Times, Claiming It Undercut His Chances to Run Again for Senate" is from the October 17, 2018 Politics section of The Washington Post. It was written by John Wagner and narrated by Sam Scholl.