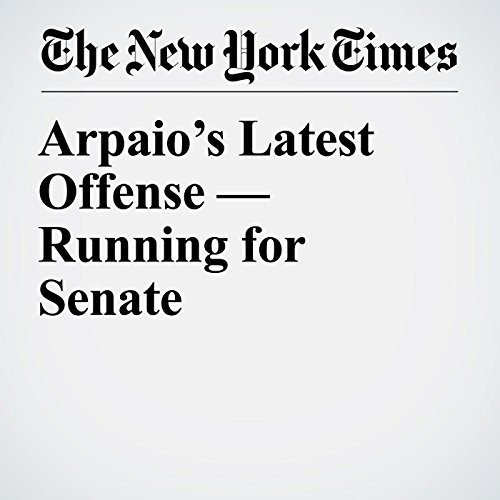 Because there can never be any unadulterated good news lately, on the day that President Donald Trump indicated he’d support a deal to protect young immigrants brought to this country illegally as children, Joe Arpaio announced that he was running for Senate.

"Arpaio’s Latest Offense — Running for Senate" is from the January 09, 2018 Opinion section of The New York Times. It was written by Elizabeth Williamson and narrated by Kristi Burns.