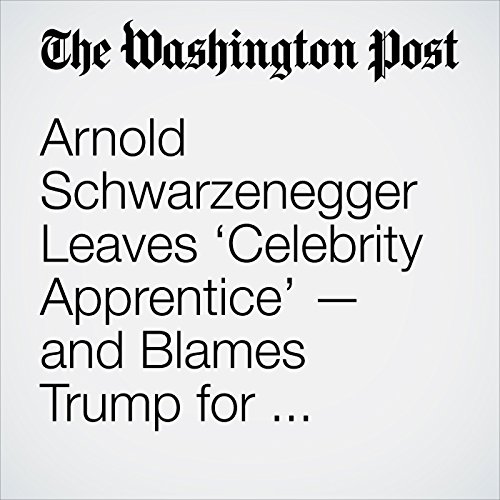 Arnold Schwarzenegger announced Friday that he will not be returning for another season of “Celebrity Apprentice” — and he blamed President Trump for the show’s dwindling ratings.

"Arnold Schwarzenegger Leaves ‘Celebrity Apprentice’ — and Blames Trump for Ratings Drop" is from the March 03, 2017 Arts and Entertainment section of The Washington Post. It was written by Caitlin Gibson and narrated by Jill Melancon.