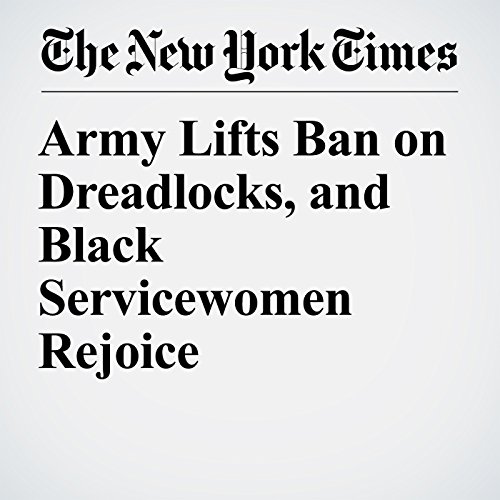 Black women serving in the U.S. Army are cheering revised regulations that permit hair locks, ending what critics said were years of scrutiny and confusing enforcement of rules about their appearance.

"Army Lifts Ban on Dreadlocks, and Black Servicewomen Rejoice" is from the February 10, 2017 U.S. section of The New York Times. It was written by Christopher Mele and narrated by Jef Holbrook.