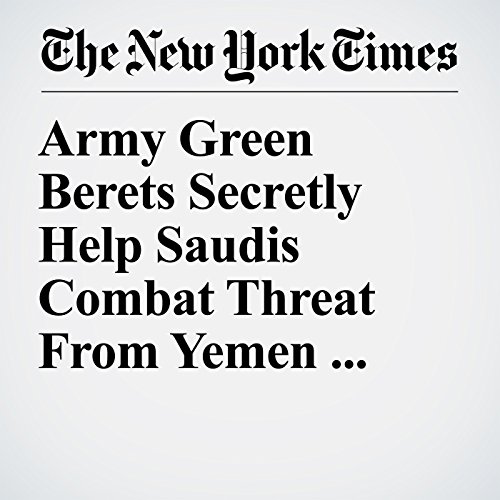 For years, the U.S. military has sought to distance itself from a brutal civil war in Yemen, where Saudi-led forces are battling rebels who pose no direct threat to the United States.

"Army Green Berets Secretly Help Saudis Combat Threat From Yemen Rebels" is from the May 03, 2018 World section of The New York Times. It was written by Helene Cooper, Thomas Gibbons Neff and Eric Schmitt and narrated by Keith Sellon-Wright.